In 2002, I began to chronicle my adoption journey and created Forever Parents, a supportive online community for adoptive and waiting parents. Over the next year, we grew our support forums to include an adoption shop and a blog.  Forever Parents stayed active, helping thousands of people for over ten years.  I’m in the process of updating and moving all the posts to this blog, in the Forever Parents section. This post was originally published on June 16, 2007, and written by Robin Hutson for Forever Parents.

Editor’s Note: One of our long time adoption forum members shares her thoughts on becoming a mother and never giving up hope.

Parents That Waited: Dreams That Came True (Eventually)
By Robin Hutson aka Somebunniesmom

I’m tall and have red hair and blue eyes. I have fair skin, generously sprinkled with freckles. I have no business being in the sun. My husband has the good fortune of being less fair-skinned than I, with darker hair and eyes. Together we make a nice couple, not attractive by Hollywood standards, but in the realm of ordinary folk, we look just fine.

In the early months of our relationship, we would pull out old photo albums and look at pictures of ourselves as children. Together, we would dream of the children we would one day create–a little girl with curly red hair, a little boy with big brown eyes. These were the children we thought were waiting for us in the future.

The future came and all the children we conceived together failed to grow to full-term. With each loss, a little of the dream we held on to was lost as well.

Other dreams started taking over.

We envisioned a life without children, but neither of us could make peace there, so we started imagining a life with children that were not of our genetic makeup.

As these new dreams grew and took form, the children in them did not have our most prominent features: no blue eyes, no fair skin.

The children in our new dreams were brown.

I can’t remember which were first, the brown children in our dreams, or the adoption prospects of brown children. But there were several adoption opportunities that came our way right about the time we decided those were the children we wanted.

As with our pregnancies, all of these adoptions attempts failed. But unlike the failed pregnancies, we never lost hope.

Our dreams continued to grow until they became so strong that we felt compelled to act on them and expand our search for the children we were meant to parent.

Our search led us to our children. They were waiting for us in the last place we would have thought to look for them: Cambodia, a very small country in Southeast Asia.

They were born on the eve of the last Christmas we would spend alone, praying for a family. Within a few months, the long-awaited answers to our prayers were placed in our arms as we stood in the courtyard of a small villa that served as one of Cambodia’s many orphanages.

Two tiny little girls-twins-weighing in at around ten pounds each, nearly five months old. Two pairs of huge dark eyes, two pairs of tiny brown hands and feet. This is the dream that came true for us.

We had a hard time deciding on first names, but the middle names were very easy choices: Hope and Faith.

On the day we married, so many years ago, neither of us dreamed that we would travel halfway around the world to become parents.

Neither of us imagined the children we would come to love so deeply–and with all our souls–would not look like us.

Neither of us could conceive of how happy and proud we would feel to take on the job of parenting children who were born before we even knew they existed.

These are not the dreams we had when we started our lives together, but they are the children of our new dreams. They are the hopes that were born during the years of loss and pain. And they are the dreams that emerged as we struggled to overcome our battle with infertility.

This was what was planned for us all along; it just took time for our dreams to evolve into the future that God was holding for us. 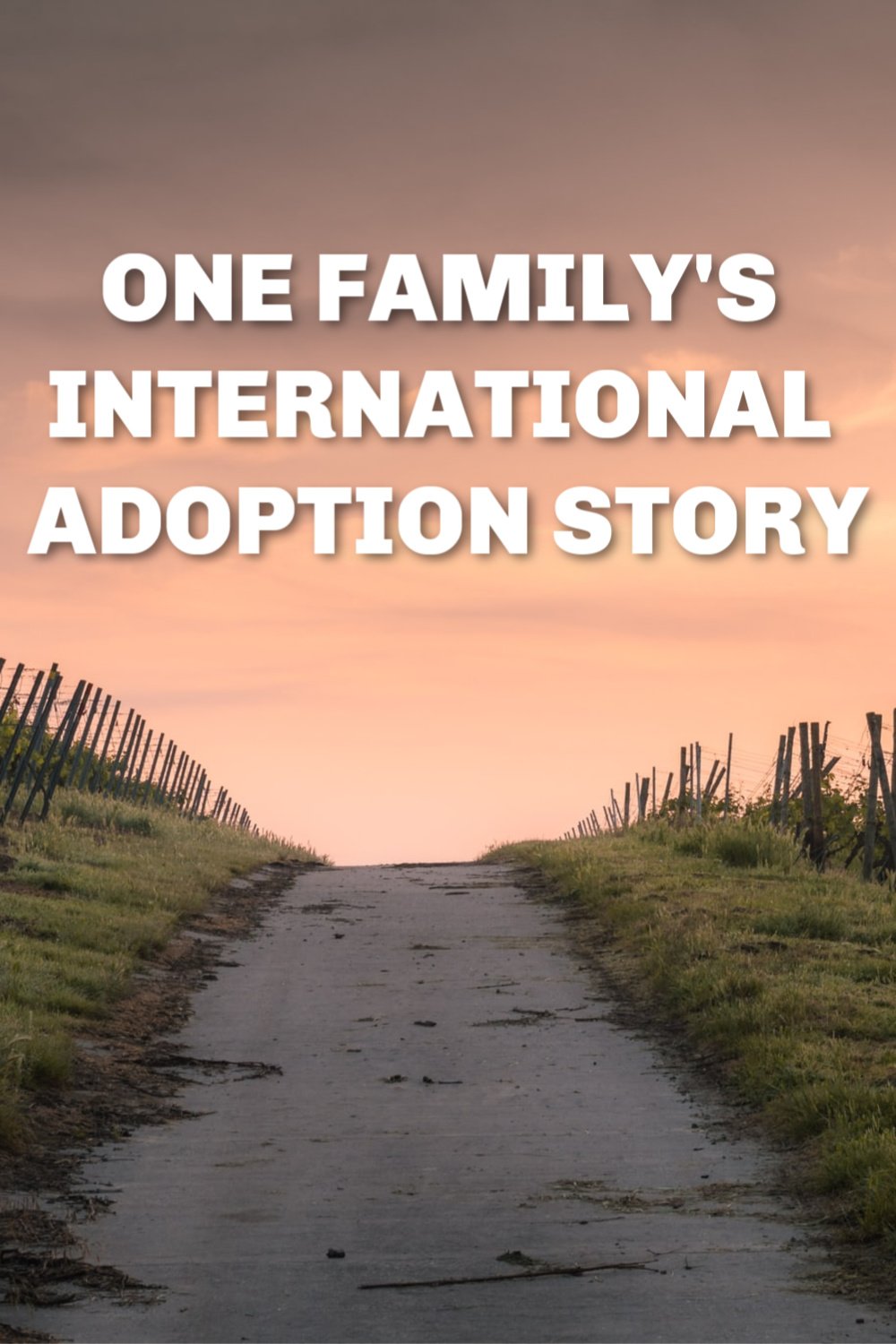