You are here: Home / Forever Parents / A Journalist’s Guide to Adoption Language

In 2002, I began to chronicle my adoption journey and created Forever Parents, a supportive online community for adoptive and waiting parents. Over the next year, we grew our support forums to include an adoption shop and a blog.  Forever Parents stayed active, helping thousands of people for over ten years.  I’m in the process of updating and moving all the posts to this blog, in the Forever Parents section. This post was originally published on April 8, 2008. 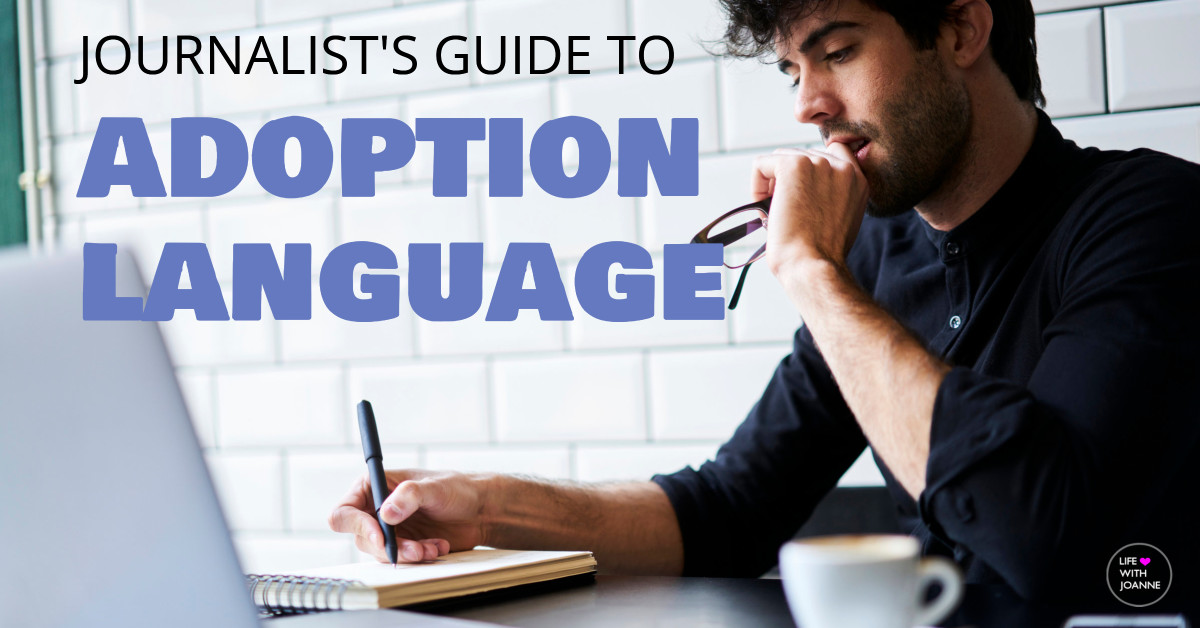 Dear Journalist, Adoption is increasingly being covered by the news media, whether it is the legislative battle to open adoption and birth records, the homecoming of a long-awaited child from overseas, the meeting of adoptees and their birth families, a custody battle, corrupt adoption practices, or an in-depth report on what makes a family. Despite the frequency with which these stories appear, adoption is little understood, and coverage often inadvertently perpetuates myths and stereotypes.

Adoption is now deeply embedded in the fabric of family life. Even so, Americans ­ and those who encounter adoption in their work ­ still harbor doubts about it, clinging to the stigma of a bygone era when adoption was the subject of secrecy and shame.

A Journalist’s Guide to Adoption presents basic familiarity with numerous adoption issues so that you can provide more accurate coverage.

The guide will:
Identify the subject matter;
Give a short briefing;
Provide links to the best resources and research;
Provide a list of reliable experts; and
Link to web sites for organizations working on a particular agenda.

This guide will help you:
Understand the adoption process.
Become acquainted with adoptees as well as their birth and adoptive families, who are known as the adoption triad;
Understand issues affecting the triad;
Provide balanced information that does not perpetuate myths and stereotypes;
Understand ethical adoption practices;
Encourage the use of more accurate, appropriate and respectful language;
Determine when adoption is germane to coverage;
Put adoptive and birth families in the context of the changing modern family;
Understand how adoption holds lessons for other non-traditional families especially for the million-plus children produced as a result of assisted reproduction and surrogacy; and
Recognize the social bias against adoption and why it is important to eliminate it.

Family relationships, including adoption, make for interesting copy, drama and gossip. Balanced, accurate depictions of those touched by adoption will add depth to these stories and create even better understanding of human family relationships.

Read A Journalist’s Guide To Adoption

GROUPS SEEK ACCURATE ADOPTION REPORTING
Washington, DC — More than 100 adoption groups, professionals and individuals have signed a letter to journalists around the country, urging them to use accurate and sensitive language when reporting about adoption. Among the key issues raised in the letter are that a person’s adoption should only be mentioned when it is directly related to the news story and the inappropriateness of using terms such as “abandoned” and “unwanted” when referring to children available for adoption.

“Through their word choices, even well-meaning journalists can and have inadvertently conveyed the misconception that adoptive families are somehow less genuine and permanent and that people who were adopted ­ and their role in a family ­ remain somehow different,” said the letter to journalists sent during November ­ National Adoption Month. “The reality is that adoption is as valid a way of joining a family as birth. A stylebook entry on adoption would help journalists use language that conveys the fact that adoptive families are just like any other, both in law and in loving relationships.”

Those who signed the letter felt the effort to convince journalists to use appropriate language is important because at least six million people in the U.S. were adopted into their families and the number of Americans touched by adoption exceeds 100 million. Currently, language used often conveys antiquated and inaccurate attitudes about adoption that affect children and society.

The letter is being sent to the editor of the Associated Press Stylebook, used by journalists throughout the country as their basic guide to writing style, and to the editors of stylebooks used by a wide range of other publications. The signers hope the letter will convince the stylebook editors to add an entry on adoption in stylebooks, which would quickly result in journalists nationwide using more appropriate language when reporting about adoption. A copy of the suggested entry is attached.

The nationwide Accurate Adoption Reporting campaign has already received widespread attention, including a feature in The Los Angeles Times, one of the nation’s largest and most influential newspapers. The article was reprinted in newspapers throughout the United States.

The letter has also generated significant support from prominent groups and individuals within the adoption community. Among the groups and individuals signing are the Institute for Adoption Information, the Center for Adoption Support & Education, Families With Children from China, several authors and publishers of adoption books, adoption agencies and social workers, celebrity adoptive parents such as actor Joe Spano and CBS Senior Vice President Mitch Semel, and dozens of individual adoptive parents.

The letter to editors said journalists need to describe adoption accurately and objectively, but news and feature stories have often employed inaccurate, even sensationalized, language about adoption. For example, many obituaries of Maureen Reagan mentioned that her brother Michael was adopted. The fact that he was adopted 50 years ago was as relevant as information that someone else was born prematurely or by C-section, the letter said. Coverage of the Tom Cruise-Nicole Kidman divorce typically described the couple as having “two adopted children.” Again, the fact they were adopted is irrelevant. A spokesman for Cruise and Kidman said this kind of language is insulting.

Send this Adoption Stylebook to Your Local Newspaper! More than 100 adoption groups, professionals, and individuals have signed a letter drafted by the Accurate Adoption Reporting group to the editor of the Associated Press stylebook, used by journalists around the country, and to the editors of stylebooks used by a wide range of other publications, asking them to add an entry on adoption in stylebooks.

“Through their word choices, even well-meaning journalists can inadvertently convey the misconception that adoptive families are somehow less genuine and permanent and that people who were adopted–and their role in the family–remain somehow different.

A stylebook entry on adoption would help journalists use language that conveys the fact that adoptive families are just like any other, both in law and in loving relationships.” A copy of the suggested stylebook is below. We urge you to send it to your local newspaper editor, to family, friends or others who may benefit.

* As with race or gender, the fact that a person was adopted should be mentioned only if it’s essential to the story. If it’s used, its relevance should be made clear. A daughter who joined the family through adoption is–and should be described as–simply a daughter.
If it is relevant to mention adoption, we suggest past tense phrasing such as: “She was adopted in 1997” rather than “She is adopted.” Adoption is one of many events in a person’s past, not an immutable personal trait.
* An adopted person’s parents should be referred to simply as father, mother, or parents. The man and woman who shared in the child’s conception can be referred to as the birth-, or genetic or biological parents (not “real” or “natural” parents).
* Writers should avoid terms such as “abandoned” or “given up.” It is usually inaccurate to refer to children available for adoption as “orphans.” Often, their birth parents are alive. Nor should children be referred to as “unwanted.” It is better to say that birthparents placed the child for adoption, made an adoption plan, or transferred parental rights.
* The reasons that people adopt are rarely relevant. To suggest or say that parents “couldn’t have a baby of their own” is inaccurate. Adoption is not second best. Children who join families through adoption are their parents “own” by law and by love.
* Stories should not portray adoptive parents as unusually selfless or saintly. In most cases, families adopt because they want to be parents and are no more saintly or selfless than other parents. 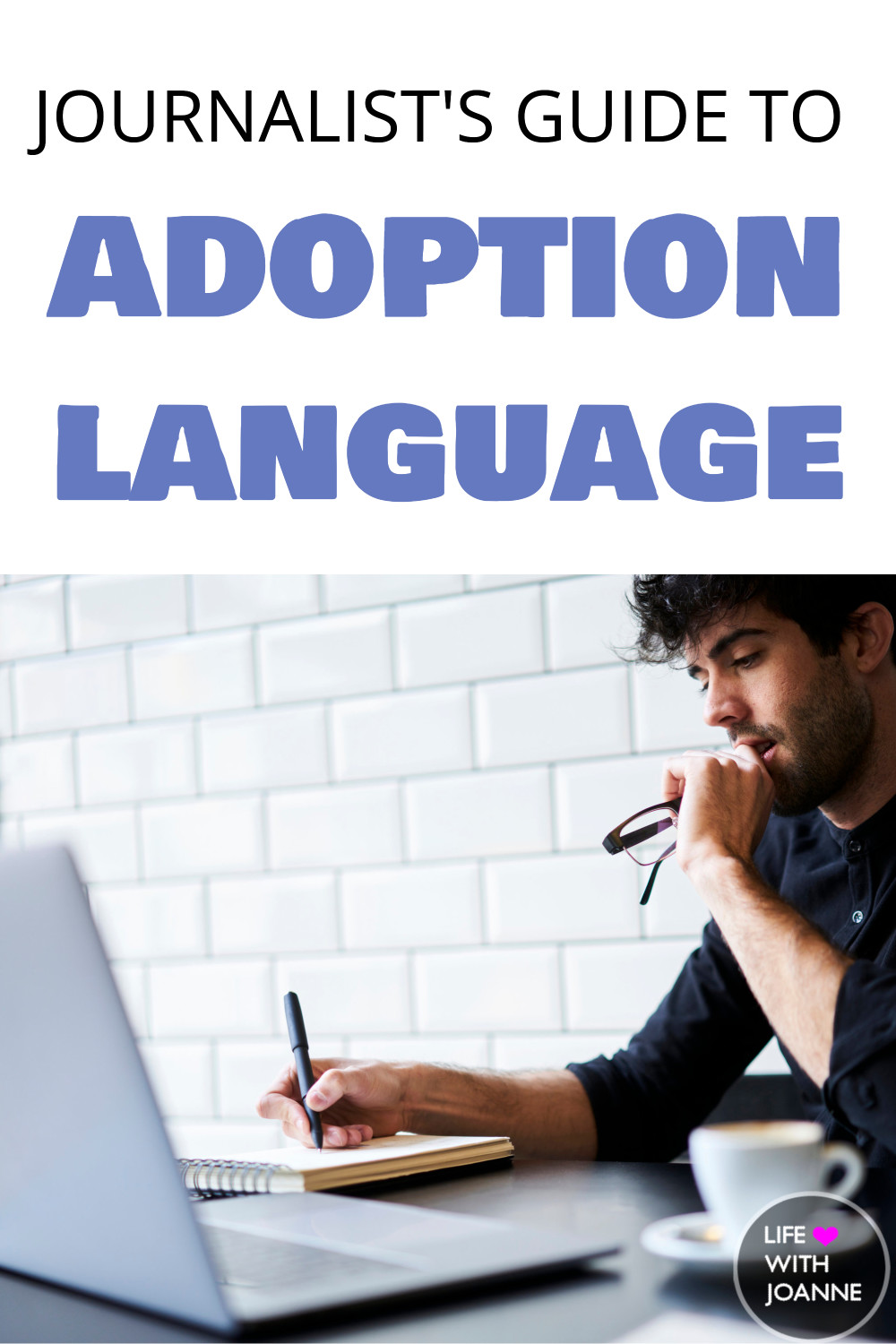