I recently planned a Sweet 16 birthday party for my youngest daughter and it was a huge success, if I do say so myself! I wanted to share some photos from the party, but also to share what worked and what didn’t for anyone planning a Sweet 16, or any party for that matter. 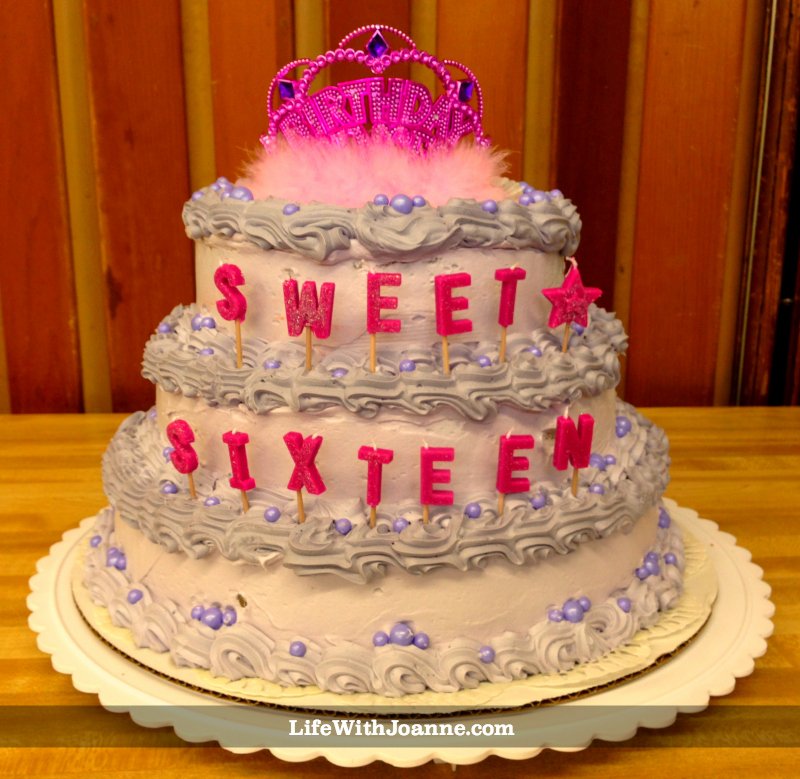 We started planning the party about five months earlier and looking back now, I should have started a little earlier, even just an extra month would have given me more time.

The cake at the top of this post was made by a dear friend! She made three layers of vanilla cake with purple food coloring. It was delicious!! She picked up the tiara for the top, which gave it some nice bling.

I wanted to incorporate photos of Jacqueline in the centerpiece and use it as a base for balloons. I bought a bunch of photo cubes and separated them into two pieces. Each half would make one centerpiece, so one photo cube = two centerpieces.

I chose two photos, one from when she was six years old and a recent one, and had enough copies made for each photo base. Then we went shopping and picked up a roll of purple sparkle tape (on sale!) and used that to secure the photos to the side of the photo base.

We used three helium balloons per centerpiece (purple, white and zebra) and the party store attached them to weighted bases I had picked up already. I don’t have any photos of the balloons but the base was made of short purple streamers and has a hook to attach the balloons. Then we glued the balloon bases on the top of each photo cube base. It looked awesome!! 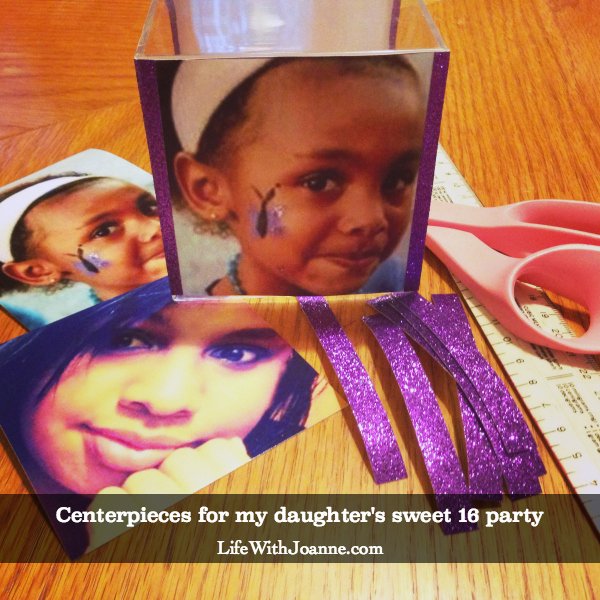 I wanted to have a book for the party guests to write a special message to my daughter. I thought this would be a nice keepsake for her. I actually found a photo album with paper pages that was the perfect size – and it was on clearance! I bought a sweet 16 scrapbooking sticker pack and some purple letters to spell her name out. It came out great and now it’s filled with loving messages from family and friends. 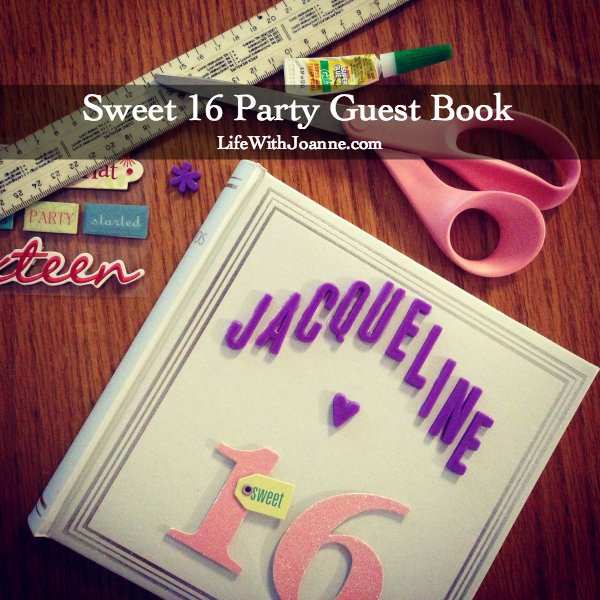 In the room we rented, there was a display case that needed to be covered. I bought some zebra material and pinned it to a curtain rod. Then I made copies of photos of Jacqueline throughout the years and pinned them to the material with decorative straight pins. I also used some of the material to cover a table that held the guest book, gifts and cards. 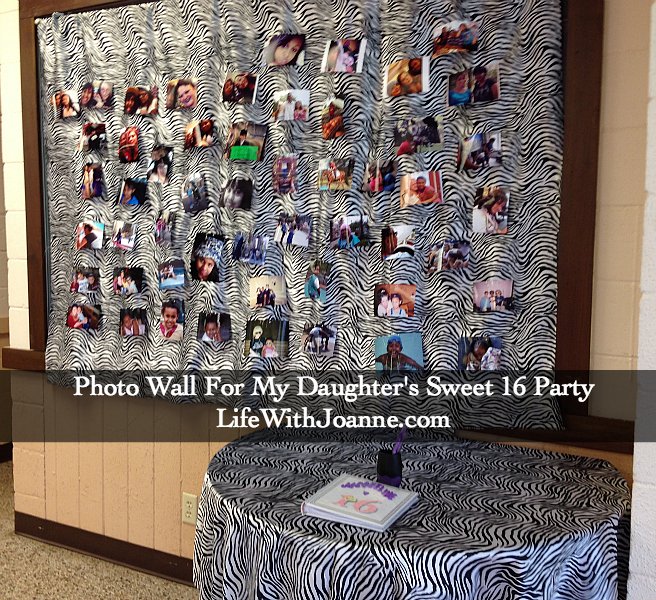 This is my husband, my daughter and me right after we cut the cake. 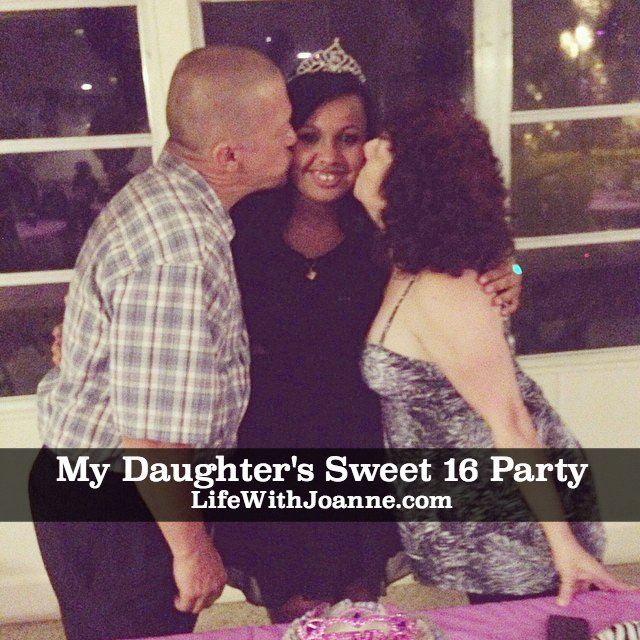