National Italian Heritage Month celebrates the many accomplishments, past and present of Italian-Americans in the United States.

During and after their mass immigration period (late 1800-early 1900) they labored to grow their cities by constructing roads, railways, subways, and bridges in many of the northeast states. Italian-Americans are architects, writers, artists, and entrepreneurs. They served our amazing country as far back as The Civil War and in each war thereafter.

History: National Italian Heritage Month was first declared a heritage month in 1989 by proclamation of the President and Congress. 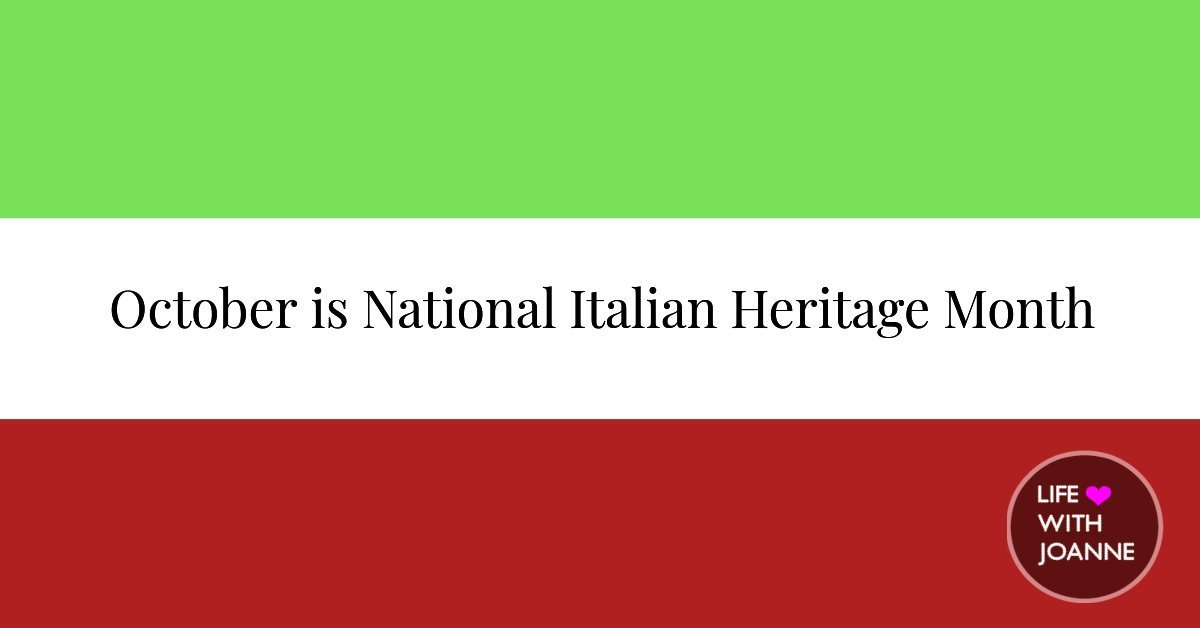 I’m lucky enough to be Italian on both sides! My grandparents and great-grandparents (Greco, Armato, and DiConcilio) immigrated to NYC from Italy, coming through Ellis Island at the beginning of the 20th century. They settled in Bensonhurst, Brooklyn, raising their families and contributing to the growth of the city they now called home.

Celebrate Italian heritage, history, and culture with festivals and parades, throughout the year with this full list of 2019 events compiled by the Sons And Daughters Of Italy In America.