You are here: Home / An Unschooling Life / My Kids Don’t Have A Bedtime 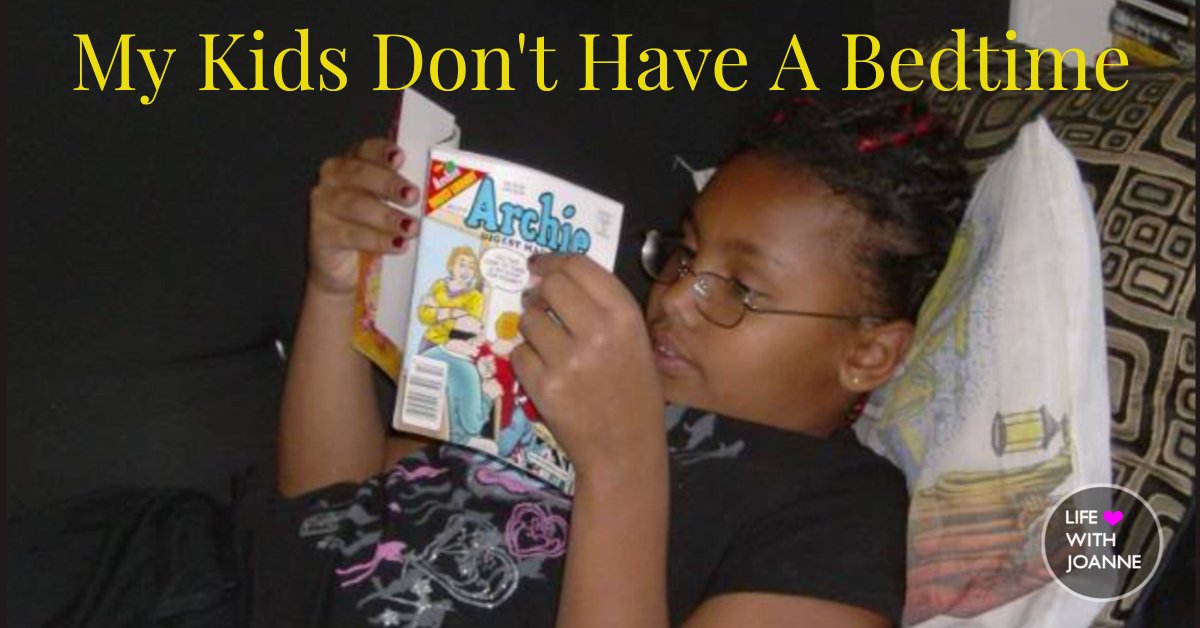 Let me back up a bit.

My kids don’t have a bedtime

From the day that I removed my three children from school (December ’04), I’ve been unschooling them, which means we don’t do school-at-home or follow a formal curriculum. Around the time I removed them, I started reading about radical unschooling or as I’ve seen it sometimes called whole life unschooling.

As I read more about it, I knew this was the path for my two daughters. My middle daughter, Shawna was making a lot of progress with trusting my husband and me after finalizing her adoption at 8 years old and I knew that I had to start placing more of my trust in her at the same time. The information on radical unschooling came into my life at a time that I needed it the most.

Basically radical unschooling is extending the principles of trust into other areas of a child’s life. In other words, by unschooling your children, you’re trusting that they will learn what they need to, without school (how to do this without school is a whole other post but it includes a great deal of parental involvement), and then you use that same trust in other areas of life.

I first started with food and letting go of controlling what they ate. Next was video/computer games and now we’ve moved to bedtimes. This was a hard one, not because of my trust in them, but because I need some alone time at night. I discussed it with them and see if we could come up with a solution that worked for all of us. We decided to say good night at what used to be their normal bedtime and then they would spend the rest of the evening in their bedroom, which gave me the quiet alone time I need.

This type of parenting is not for a hands-off type of parent. Being there, with your child discussing things, being involved in their life, listening and giving feedback, modeling healthy behavior is all part of radical unschooling and frankly, it’s not always easy. But for me, it’s worth it to have a better relationship with my daughters and give them the gift of trusting themselves as they grow and mature.

So, now my girls don’t have a bedtime. No, they don’t stay up until all hours of the morning or only sleep three hours a night. Funny thing is, most nights Jacqueline goes to sleep earlier than her old bedtime of 9:30. For those who are curious, since we lifted the bedtime, they have been going to sleep somewhere between 8:30-11:00 PM and they wake up between 6:30-9:00 AM.