You are here: Home / Daily Joanne / Famous People That Had The Pleasure Of Meeting Me

We’re having a summer blog hop in my blogging group and this month’s topic is to write about famous people we’ve met. I was stumped for a good title and almost used “I’m With The Band”, but  decided to go with something a little more tongue-in-cheek. Want to join in the next blog hop? Check for the details at the end of the post.

What about you? Have you met anyone famous?
I’d love to hear about it in a comment below.

Of course, I have to start with my Uncle Anthony who was in a 1950’s doo-wop group, The Passions. They had a string of hits including Just To Be With You and Gloria. I wasn’t born when they were popular but when I was 21 they performed as part of a Doo-Wop show at The Beacon Theater in Manhattan and it was great to see them perform! He’s on the left in this photo. 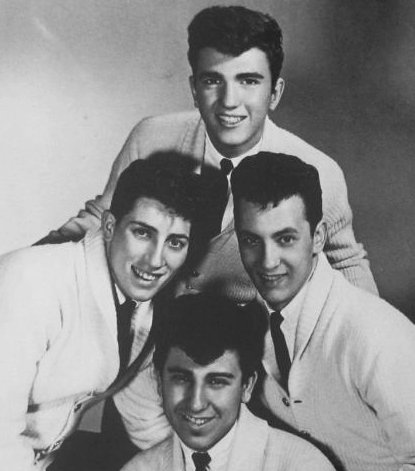 It was actually around that time that I met Bruce Springsteen. At the time, I was a department manager at Unique Clothing Warehouse on the lower east side of Manhattan. We sold retro, vintage, punk and artsy clothes and celebrities regularly shopped there. When Bruce came in it was right after the Born In The USA album came out so he was on fire. My tastes in rock is much harder and heavier, but I was a fan of some of his earlier songs like Thunder Road, Prove It All Night and Born To Run.

He came in alone and must have walked around for a while because when he came up to the counter I was at, he had two t-shirts in is hand. He was wearing dark glasses but as soon as he came up to me, I knew who he was. He started looking at the sunglasses and when I went to help him, I asked him if he was Bruce Springsteen. He looked at me, lowered his glasses, nodded his head and put his finger over his lips (saying ssshhhh). I helped him with his purchase and asked him for his autograph. He asked for my name and I handed him a paper towel from behind the register.

To Joanne,
You’re cute and just the right size too.
Bruce Springsteen

I used to have the autograph in a frame and hung up on my wall, but after we moved from NYC to Florida it never came out of the box but I promise to scan and upload it here as soon as I find it!

I met a few other people while working at Unique. Daryl Hall of Hall & Oates (remember this was the mid-80’s) came in one afternoon and I helped him buy a few pairs of pants. He was very nice and I remember thinking how tall he was (especially next to me). Mick Jagger came in with an entourage, but I only saw him from a distance. Menudo came in once and a few Hispanic women that worked in receiving started screaming and they had to leave. Then there was the time Phoebe Cates came in and tried to shoplift a pair of socks. The store didn’t press charges, but I thought the whole incident was strange.

During this time, I was spending my weekends at local rock clubs and small venues with my friends, checking out local bands and headliners that came through. One night I was at The Brooklyn Zoo, a rock club in Brooklyn and Stiv Bators from The Dead Boys was playing with his new band, Lords Of The New Church. I was a huge punk rocker and The Dead Boys were one of my top favorites bands.  I was with two of my guy friends, standing by the side of the stage. I put my bag down and turned to talk to someone I knew but when I turned back around, someone took my bag! I told security and they took me backstage to wait while they looked around. The band was on their last song at that point and about 1o minutes later they came into the dressing room. Stiv walked in first and since I was sitting across from the door, he saw me as soon as he walked into the room.  He came over and asked me who I was. I told him what happened and he said he would help me find it. As the rest of the band came into the room, he asked each of them if they saw my bag.  I don’t know what he was on that night, but it was bizarre. Security never found my bag so I said goodnight to Stiv and thanked him for his help. At that point, he was passed out so I don’t think he heard me.

Soon after that I went to Florida and got to meet someone I had always been a huge fan of and had a major crush on from the time I first saw him at 12 years old. The one and only, Ace Frehley from KISS. 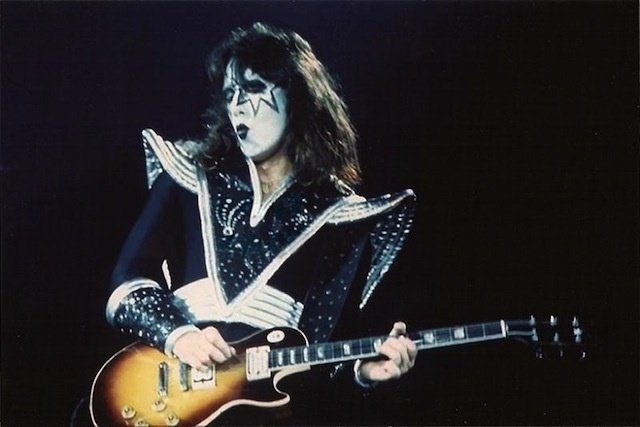 I was visiting a friend in Florida (before we moved there) and Ace was playing, with his new band (new at that time) Frehley’s Comet and signing autographs at a record store in Daytona Beach the day before the show. My friend knew someone who was childhood friends with the bass player John Regan so when we went to the record signing, he gave me a note to pass along to John saying how he wanted to see him while he was in town.

We went to the record store and when it was our turn, I literally could not speak. I think I managed to say hello and gave John the note. He read it and asked if we were going to the show the following night and that we should come backstage. Backstage —- with Ace! You don’t have to ask me twice.

Before we left they all signed a shirt for me. 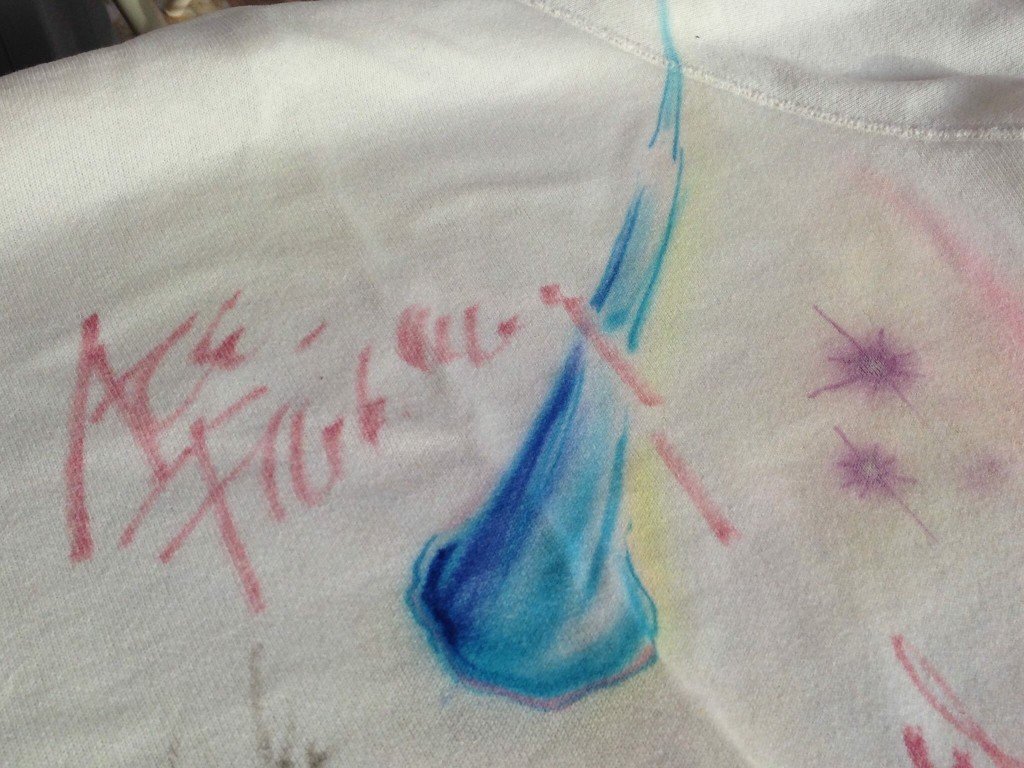 The next night we went to the show and afterward went backstage. We hung out with John Regan in their tour bus for about an hour then went to find Ace. We walked into a fairly large dressing room and there were about 20 people inside. Ace was standing off to the side talking to a few people and John introduced his friend and I. We chatted for a while and Ace asked if I was from Florida and I said I was from Brooklyn and was visiting friends. He got a kick out of how short I was and he put his arm around me and laughed that I fit right under his arm. I kept it together, but I almost had a meltdown when he put his arm around me – lol.

Ace told us they were getting ready to leave and did we want to go back to the hotel they were staying at. Um —- hell yes! He said to meet them in the hotel bar. We found my friend and her husband and headed out. We stayed for several hours and I got to talk to him for a while, but not as much as I wanted because I was very tongue-tied. This was someone I had idolized for such a long time and he was talking to me like he knew me. Good thing he’s talkative because I don’t think I said more than a few words the whole night. As we were getting ready to leave I asked him for his autograph. He asked the bartender for paper and pen and wrote —

Then he handed it to me and said it was nice meeting me. I told him the same and was getting ready to leave but he asked for the autograph back and drew an ace of hearts playing card near his name.

Needless to say, I did not sleep that night. The autograph is in the same box with the other ones so as soon as I find it. I’ll add it here.

NOTE: I didn’t think this post would be this long —- and I’m not even done. I met Ace again six months later and a few other people since then. I will do this in two parts so it’s not crazy long, and I’ll add the link here.

Bloggers! You’re invited to join our summer blog hop! We have one month left (August) and the topic will be announced in our group shortly. All you have to do is write a post on the chosen topic and the host for that month will gather all the links in a blog post. Join here!