My grandparents and great-grandparents (Greco, Armato and DiConcilio) immigrated to NYC from Italy, coming through Ellis Island at the beginning of the 20th century. They settled in Bensonhurst, Brooklyn, raising their families and contributing to the growth of the city they now called home. This series, Growing Up Brooklyn features photos, stories, traditions, and memories of living in Brooklyn. I can’t imagine a better place or time to grow up.

For several summers when I was a child, we spent a good portion of it upstate in the Catskills. My father and uncles would come up during their two-week vacation and on the weekends. One of the places we visited was Carson City + Indian Village. 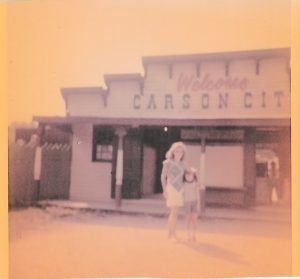 Carson City & Indian Village opened in 1958 by Arthur Gillette. There was a replica of an old western town on one side and an American Indian themed area on the other. 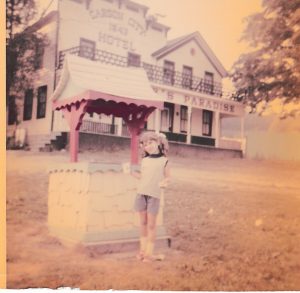 Featured in the western town were a marshall’s office, jailhouse,
and barbershop. There was a train depot with working trains that held mock robberies along the route. 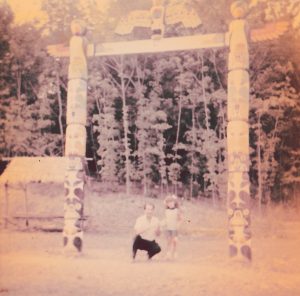 One of the main attractions was the daily gunfight shows, which recreated famous gunfights of the Old West like the O.K. Corral.

When the gunfight broke out while we were there, I got scared and started crying. My parents left the area with me and since my mother had an 8mm movie camera and took footage of our visit, she filmed my father giving me a kick in the butt for crying. He was holding my hand as we were leaving and he tapped me with the side of his foot like to hurry up and walk faster. I never let him live that down, especially since I had video evidence! 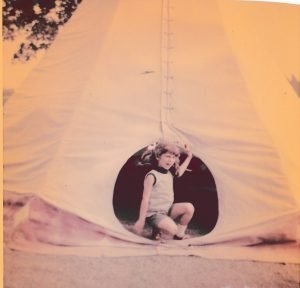 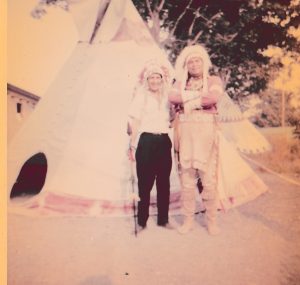