You are here: Home / Daily Joanne / #BloggersTalkingAbout Starting Over

Starting a new chapter in your life can be difficult or simple, exhilarating or sad. Most times it’s a combination of feelings which depend on what you’re leaving behind or closing the door on. For me, starting over came in the form of moving out of the city and state that I was born, raised and got married in. 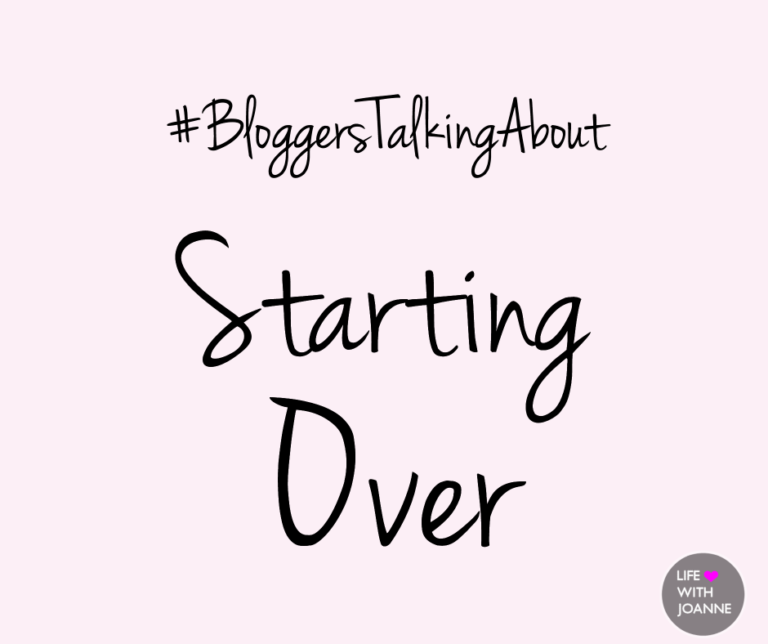 Being born and raised in Brooklyn was amazing and I feel so fortunate to have lived the life I did as a child. For those who haven’t grown up in a place like New York City, it’s hard to understand how freakin’ awesome it is to literally have the world in your backyard. When everything comes to you, you get exposed to so many different cultures, ways of life, religions, opinions and beliefs. Having that as part of my childhood helped make me the adult I am today.

Becoming a young adult in NYC was equally as fantastic because of the nightlife and clubs. Being a hard rock fan that meant places like L’Amours in Brooklyn or CBGB’s in Manhattan and going to concerts at Jones Beach, The Meadowlands or, the one and only Madison Square Garden. It truly was an amazing time.

But, all good things come to an end at some point and I’m not going to lie, life in the Big Apple can be really expensive after you’re on your own, get married and want to start a family.

I was lucky that my mom owned a two family house so we spent the first seven years of our marriage living first in the basement apartment and then to the second floor apartment. But after a while we wanted to buy a home together and start a family.

We briefly thought about moving upstate New York, because I was determined to at least stay in the same state, but that dream was shattered when they got seven feet of snow that winter. lol

At the time, my mother and her husband Tony were “snow birds” in Florida, meaning they spent colder months in Florida and the rest of the year home in Brooklyn. I also had friends that had moved to the North Central Florida so I was familiar with the area. My husband & I were visiting my mother during one winter and my husband Billy suggested moving to Florida. Long story short – we ended up moving to Ocala, Florida in 2002, on my 39th birthday. We moved four months after September 11 happened and to be honest, we almost didn’t move because we felt we were abandoning our city when it was down. I lost two friends that day and moving was bittersweet for me.

Starting over in another state was just what we needed, even though it was a culture shock. Florida is much more laid back and relaxed where living in NYC is fast paced and even stressful at times. Driving is different because people are not in a hurry and I had to learn not to blow my horn as soon as the light turned green. Slowing down was the biggest adjustment for me and still is.

I’ve never regretted moving to Florida, but I do miss NYC. It’s a part of who I am. We try to go back every few years to visit family and friends, but Florida is home now.