You are here: Home / Forever Parents / Older Child Adoption: The Good, The Bad & The Hungry

In 2002, I began to chronicle my adoption journey and created Forever Parents, a supportive online community for adoptive and waiting parents. Over the next year, we grew our support forums to include an adoption shop and a blog.  Forever Parents stayed active, helping thousands of people for over ten years.  I’m in the process of updating and moving all the posts to this blog, in the Forever Parents section. This post was originally published on December 1, 2008. 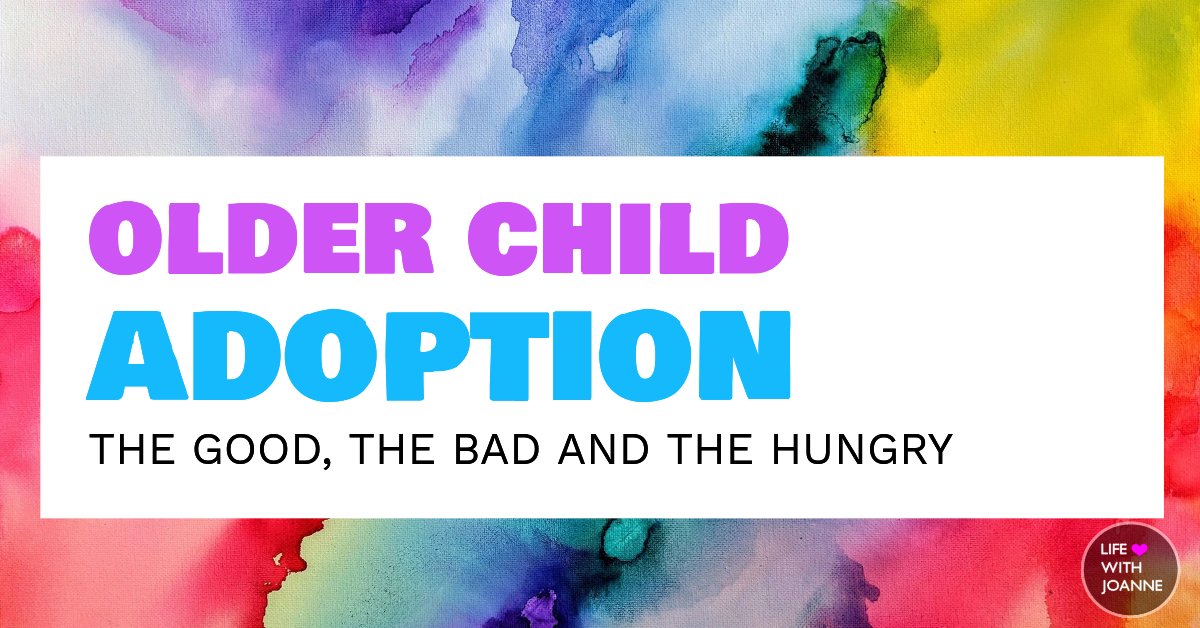 The Good:
My youngest daughter is now ten and we adopted her at the age of five. Lucky for her, and for us, she was removed from an abusive biological mother at the age of nine months and spent the next four years in the homes of two different loving and wonderful foster parents. She attached to them, gave love and received love in return. When we adopted her, transferring that attachment and love to us was quite an easy process and it has grown into something that I hold close to my heart.

My middle daughter is now thirteen and we adopted her at the age of eight. She came to us full of control and anger issues. There were times I wondered if we would ever reach that hurt little girl I knew was trapped inside a bossy and mean child’s body. She had been hurt for the first several years of her life, first by her biological mother, then by her first foster family and then again by two families that promised to adopt her but never did. By the time we came along, she was going to do everything she could to hurt us before we hurt her. So what’s so good about it? It took about two and a half years to break down the walls she had built up but after a lot (A LOT) of hard work, she/we did it. It took a lot of persistence and dedication on my part but for her, it took trust…and that didn’t come easy.

5 Things to remember when adopting an older child

The Bad:
My middle daughter brought a lot of stress into our lives in those first few years. Some of it we were prepared for and while I was patting myself on the back for being able to stay one step ahead of her, she pulled the rug out from under me and I never saw it coming. That incident marked a beginning and an end for us. It was the beginning of Shawna being aware of the damage she was doing to herself and her family and wanting to do better. It was the end of a lot of destructive behavior from her. That was the last major incident we’ve had with her-it was like she wanted to go out with a bang.

But it wasn’t to end. My son made sure he picked up the slack. (We adopted him at the age of eleven and he’s now sixteen). Diagnosed with Reactive Attachment Disorder, being borderline intellectually functioning, highly passive-aggressive and having deep-rooted and unresolved emotional trauma makes for a roller coaster of a life. He still has the same diagnosis that he did when we adopted him and he’s made very little progress. As he gets older, the symptoms of those issues become more apparent and harder to handle.

The Hungry:
Ah….food issues. What family of adopted older children doesn’t have ’em? Our food issues came mostly from my middle child although tomatoes will send my oldest into a meltdown. I still haven’t been able to find out why and I doubt I ever will. With my middle child, food was an issue from day one. She used food in two ways; to gain control and for comfort. It took me being able to recognize the triggers, giving her other things to replace the food with, showing her how to problem solve and guiding her through a healthy control over what she ate. All the while, trying not to make a big deal of it. 🙂

The Grateful Dead have a song called Truckin’ and there’s a part of the song that goes;

Sometimes the lights all shinin’ on me,
Other times I can barely see.
Lately it occurs to me,
what a long, strange trip it’s been

If ever there was a phrase that I would use to describe the last five years, that would be it. 🙂 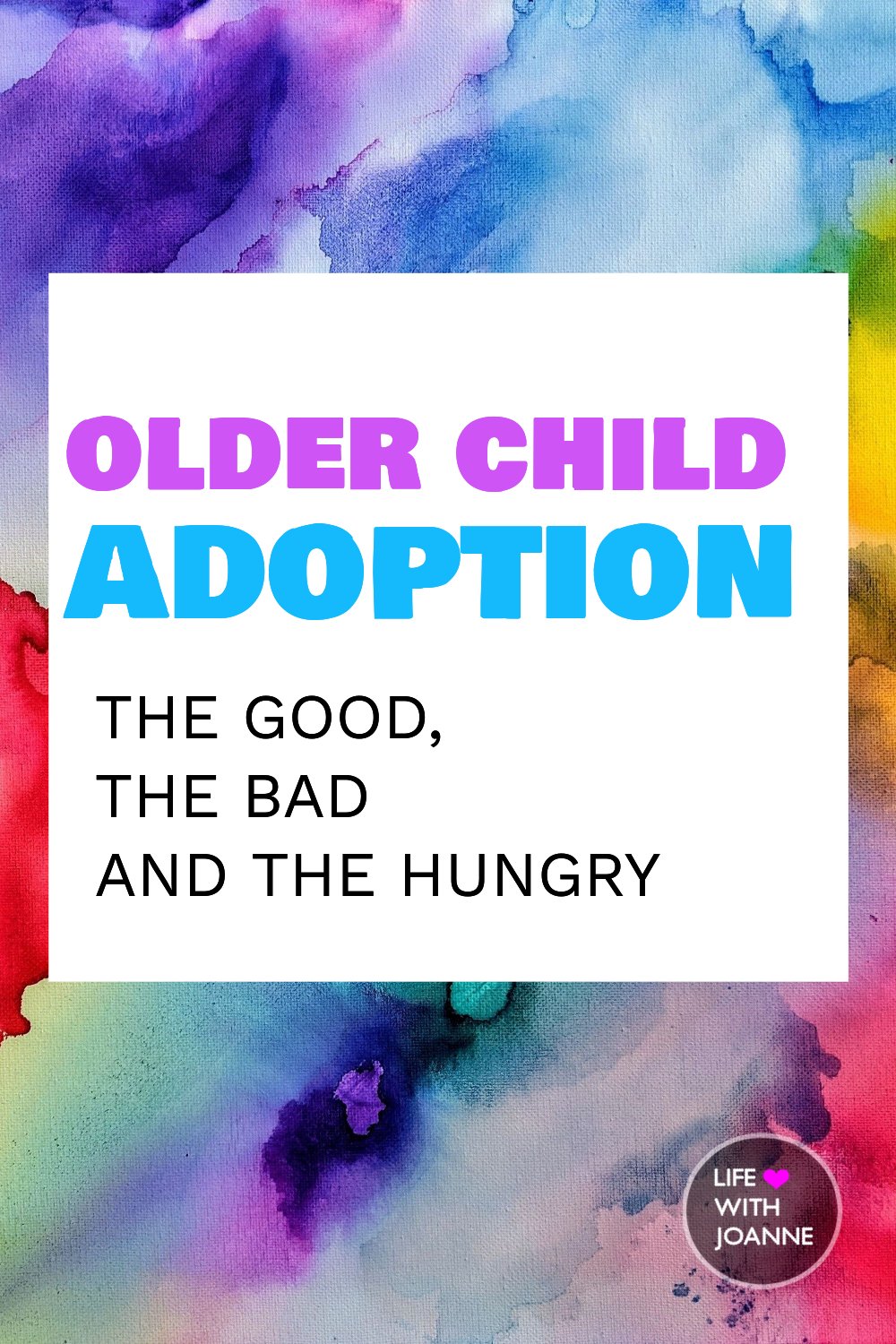